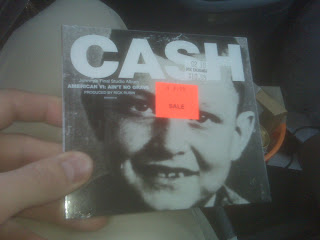 This message was sent using the Picture and Video Messaging service from Verizon Wireless!

To learn how you can snap pictures and capture videos with your wireless phone visit www.verizonwireless.com/picture.

Note: To play video messages sent to email, QuickTime� 6.5 or higher is required.

Posted by Hollywood at 12:56 PM No comments:

Being out of the game for so long, I missed a few things...better late than never, I reckon.

One big miss of note, is this. Steve Wildsmith of Blount County's The Daily Times asked me to contribute my Top 10 of the 2009, and I was glad to do it. I was even more appreciate that he reached out to me and asked me about my thoughts!

Thanks Steve- I appreciate it!

Honorable mentions: Drivin' N Cryin,' "The Great American Bubble Factory" ... Joey Kneiser (of Glossary), "The All-Night Bedroom Revival" (You can get it for free at http://www.glossary.us) ... Ben Nichols (of Lucero), "The Last Pale Light in the West" (good draaankin' music)

Go get these now if you don't have them already!
Posted by Hollywood at 1:48 AM No comments:

Waking up the sleeping giant

Obviously it's been quite some time since we've had any kind of semblance of consistent work, updates, ramblings, posts, rants or whatever. Yeah, sometimes, life gets in the way...and sometimes life takes up about a year of your time. In this case, it was my life, and my time. But here we are, halfway through the second month of 2010, and we're getting a post in now.


It helps to be motivated sometimes...and to be motivated by the reason that this blog was started...music. Rock and Roll to be specific, but any music will do, as long as it meets my standards and and has my seal of approval.


Which brings me to last night's events at the Bijou Theatre here in Knoxville. The Drive-By Truckers returned to Knoxville for the first time since January 2009...and they were long overdue. Let's see, what's happened since they were here? They put out a Grammy-winning album with Booker T. and played Bonnaroo (and a tour) with him, released a rarities album, a live dvd/cd from Austin, made a documentary, Patterson released his long-awaited second solo album and contributed songs to another unrelated movie, and much more I'm sure.


Oh, and they have a new album due out next month (more to come on that later though) with their new label ATO Records.


So the DBTs played the Bijou for the first time, and of course didn't disappoint, even showcasing more than a handful of new tracks off the upcoming album. You can see the set list here, but a few highlights (read: rarities) to me and our crew were: Women Without Whiskey, The Company I Keep, 18 Wheels of Love and 72 (This Highway's Mean). Other favorites were Zip City, The Living Bubba, Sink Hole and A World of Hurt (which we discussed and believe that we've never actually heard that live...)


Being that several new songs were played, and I haven't been on top of things as much as I have in the past, I was unfamiliar with the lot of them except for This Fucking Job, thanks to the local college station WUTK. As with many Truckers' songs, it sometimes takes a few listens to really start to hear their songs...especially when the first time is live, it's loud, it's exciting and a few too many beers have been consumed already to be a stickler for all the details and nuances of the new songs. That's why they make albums, folks, so we can sit and home and dissect them in the comfort and privacy, as well as the sanctity and solitude, of our homes, or headphones, or wherever you do your "study-listenin'" at.


I'm not gonna bore you too much more with anymore details...but I have to be honest: this show renewed my faith in the DBTs, and here's how and why. With all their side projects and movies, and solo records, and staff changes in the last couple of years, I was beginning to be concerned about the direction of the band...and if their heart was still in it, as well as the fire of previous years (2001-2005/06). Their focus hadn't been there on the songs as much as the albums in the years mentioned, and the shows just seemed like they were becoming just another night at the office...which is bound to happen to everyone sooner or later. Being such a big fan and follower since 1999, I was hoping that maybe I was just being paranoid about my guys (and gal). After the show (actually, about four or five songs into it), I realized it was just me. They were out there with smiles on their faces and fires on their asses. And it showed, thankfully.


My only complaint, however, was that I wish my pictures turned out better from our amazing Statler and Waldorf seats in the box overlooking Cooley and Shonna. My camera is new to me, and I'm still working out the kinks (i.e. operator errors...if you know anything about a Nikon D80, holler at me). Needless to say, pictures aren't good, memory is fuzzy...hazy at best, and we had a great time. Once again, all is right with the world....sounds like a Truckers show to me.

I guess their giant has woken up too...but I doubt that it was ever asleep. 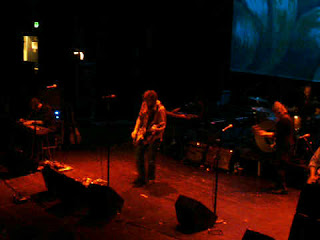 This message was sent using the Picture and Video Messaging service from Verizon Wireless!

To learn how you can snap pictures and capture videos with your wireless phone visit www.verizonwireless.com/picture.

Note: To play video messages sent to email, QuickTime® 6.5 or higher is required.

Posted by Hollywood at 8:50 AM No comments: