Son Volt at Rhythm and Brews on Saturday 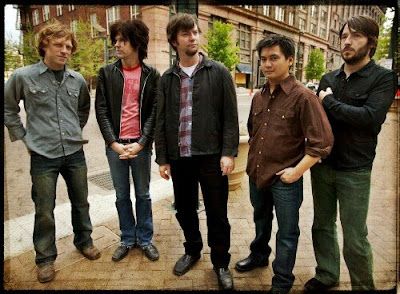 Son Volt will be in Chattanooga on Valentine's Saturday at Rhythm & Brews for a romantic night, full of songs of desperation, alienation, loneliness and lost hope.

Definitely sounds like a great Valentine's show to me.

Jay Farrar and company are touring the East Coast and Midwest all February, as they get ready to release their sixth album in May. This record is the follow up to 2007's The Search, which featured one of my favorite songs of all time "Methamphetamine", as well as "Slow Hearse", "Beacon Soul" and "The Picture" showcasing a horn section- a vast departure from the storied Son Volt sound. Hopefully, we will be able to get a sneak peak, or some inside info on the new record. We'll keep you updated...

If you miss the show in Chatty this weekend because of the commercial holiday, you have another chance to catch them in Asheville at the Orange Peel on Tuesday. I suggest going to both shows, both just an hour and a half away, as they have never let me down in the handful of times that I have seen them.
Posted by Hollywood at 10:20 AM