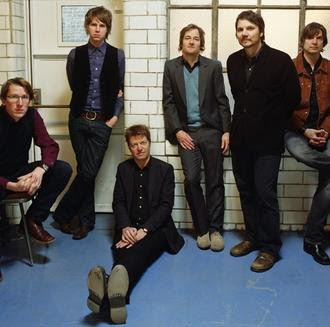 Wilco will release their upcoming dvd Ashes of American Flags a bit early to coincide with Record Store Day on Saturday, April 18th exclusively at indie record stores across America, and then in regular retailers a couple of weeks later. The dvd was filmed during Wilco's 2008 US tour, and will feature coverage from Washington DC, Tulsa, New Orleans, Mobile and Nashville at the Ryman (!). Wilco plans to have a new album out this summer. Learn more here and here, and be sure to buy it at the Disc Exchange on April 18th if you are in Knoxville, or at your local indie record store.