Crazy Heart out on DVD today! 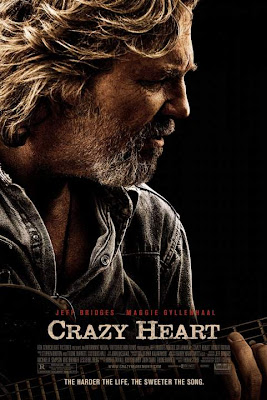 Get out and get it, especially if you haven't seen it yet. Crazy Heart won two Academy Awards last month for Best Actor (Jeff Bridges) and Best Song ("The Weary Kind" by Ryan Bingham and T-Bone Burnett).

This is one of the best "music films" that has ever been made. It's a classic country-song-turned-into-a-film about livin' hard and the inevitable downward spiral, and then the journey to overcome personal demons for a chance at redemption...and it's fantastic. Trust me. I don't really push movies alot, but the combination of the music, the story, the cast and the acting/playing/singing make this film the real deal.

Just go get it. Or rent it. Or however you choose to view films.
Posted by Hollywood at 11:14 AM