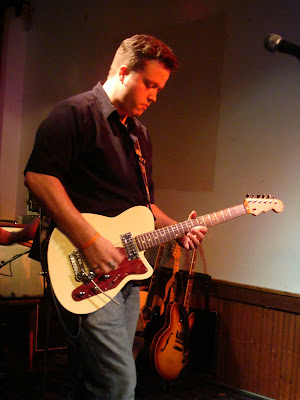 Jason Isbell is ready to release the follow up to his 2007 debut Sirens of the Ditch. This will be his first record with his band, The 400 Unit. The self-titled release was recorded at FAME Studios in Muscle Shoals, Alabama (if you don't know about it, do yourself a favor), and is set for a February 17th release date on Lightning Rod Records, with a 2009 tour to be announced soon.

The track listing is as follows:

"Seven-Mile Island" is now playing on Isbell's myspace, so check it out. If the new album is anything like Sirens, it will for sure prove to be a great record. Couple that with Jason having the advantage of recording the album with his everyday band? Shew, son. Dare I say the first great record of '09 possibly?