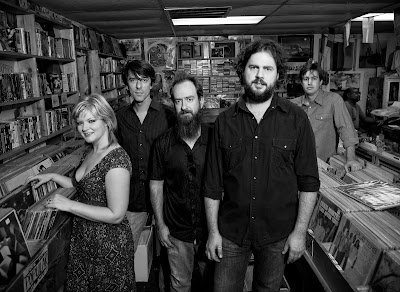 As reported last week, the Drive-By Truckers posted a new song "UNCLE PHIL AND AUNT PHYLLIS IN THE MONTH AFTER THE ELECTION" on their website and on MySpace in honor of the election (Yeah, we had one last week apparently. Who knew?). Again, you can grab it here on the free-free...
Or...more favorably, as it was just announced, you might be able to hear it live here in Knoxville at the Valarium on Thursday, January 29th. Openers have not been named yet, but my wishlist is a 4-band-banger that night with the DBTs, Glossary, Lucero and local Black Crowes-meets-The Band-meets-The Truckers rockers Garage Deluxe.
We'll see what happens and of course keep you updated.

Posted by Hollywood at 9:52 PM