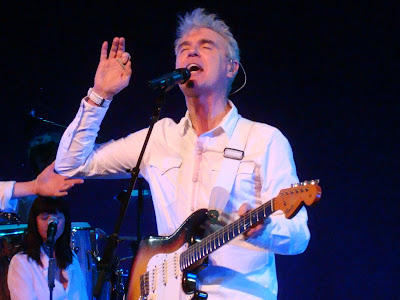 Last Sunday, David Byrne returned to Knoxville, and this time he wasn't site-seeing like last fall in 2007. Byrne was here to play the songs that he and Brian Eno wrote, recorded and produced on this year's Everything That Happens Will Happen Today. If you do not have this album yet, you should go ahead and pick it up...It is well worth it. 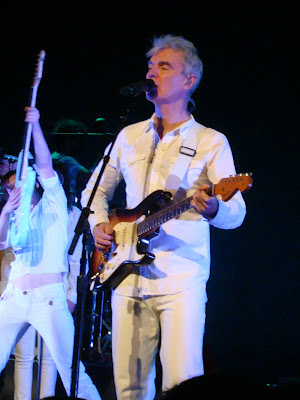 Byrne opened the show with "Strange Overtones" and worked over several more from Everything That Happens... including "Home", "One Fine Day" and "I Feel My Stuff". He played more, but I didn't take notes or grab a setlist either, and I sure can't remember now...sorry. Let me know if you know what all he played, or what all I missed. 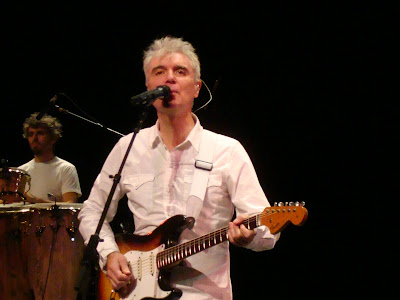 Now, this show would have been nice to hear if it was just music alone...but I would have advised to just stay home, grab a couple of Byrne's solo records and mix in a few of your favorite Talking Heads songs, and call it a night. But, he incorporated some of the strangest, and unique, dancing into the show- and it made it worth all the while. Byrne even participated in the dance show, which was a sight to see itself. 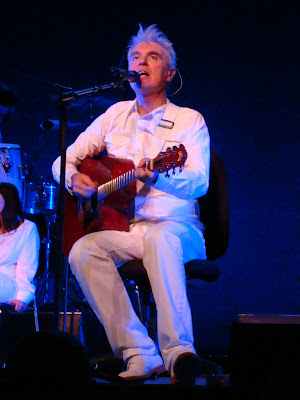 After about and hour and a half, Byrne and crew called it a night, after blazing through "Once in a Lifetime" as the crowd exploded! 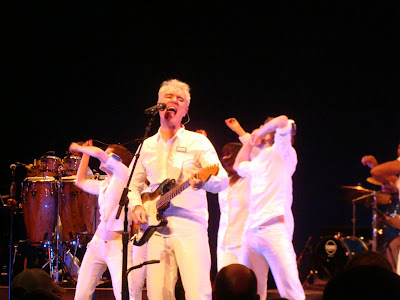 Afterwards, the stage cleared, only to be summoned back out onto stage for the first of three encores, including some of the more familiar songs... 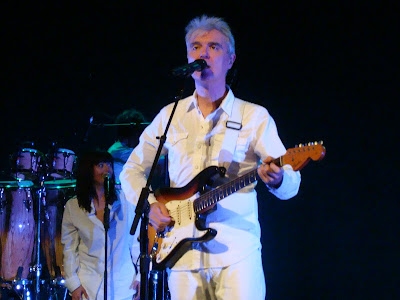 After three finales, David Byrne reappeared in a tu-tu, finally got down to what everyone was waiting for: "Burning Down The House":

BTW: All pictures by yours truly.