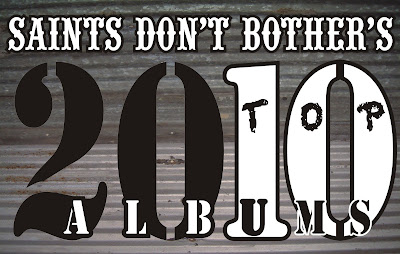 (From early December, but just now getting here to the blog...and originally posted here in Maryville's Daily Times Weekend Section):

2010 was a wonderful year for music, so it has been very hard to pick out THE (read: "MY") Top 10...there might actually have been too much good music to fully digest, and I'm afraid that I have fallen victim to the circumstance. But, alas, it is my duty to pick ten, so here we go, in no particular order (which probably defeats the point of a "top ten", but everyone else has their top lists and ranked albums, so mine will now be known as a rough, working list that is subject to change at a moment's notice. Besides, there are technically a couple more weeks in 2010...) 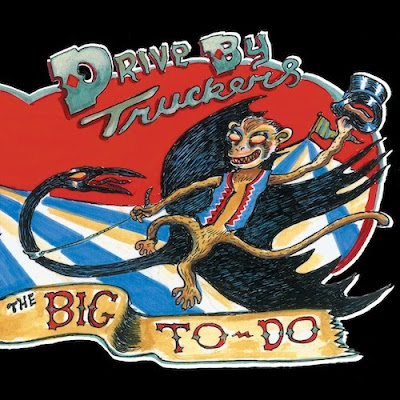 The Drive-By Truckers - The Big To-Do - The Truckers returned to their hard rocking roots and their most raucous album since 2005's The Dirty South. Several tracks that stick out to me: "Daddy Learned to Fly", "This Fucking Job", “Birthday Boy” and the retelling of the non-fictional stories in "The Wig He Made Her Wear" and the rolling, circus-themed "Flying Wallendas". Patterson Hood checks his facts and presents them as only the Truckers can. Be on the lookout for the new DBT record Go-Go Boots in February. 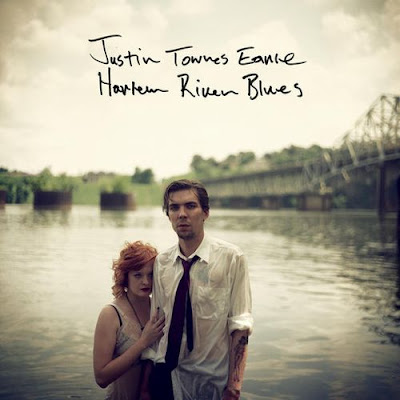 Justin Townes Earle - Harlem River Blues ­– Justin Townes Earle is the modern king of the old time sound. His music emanates from the 30s and 40s folk-country blues/almost a western jazz-swing of a genre that is all but forgotten on a decent size scale, except by the likes of him and local Knoxville group Cristabel and the Jons. Suggested tracks are the bouncing “Move Over Mama” and the old-timey bluesy tune “Wandering”. 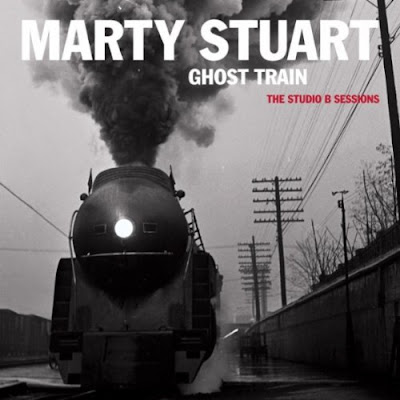 Marty Stuart – Ghost Train: The Studio B Sessions – Traditional country preservationist/revivalist/flag-waver heads to the famed RCA Studio B in Nashville to record his best record in years in the same studio that hosted Waylon, Willie, Dolly, Porter, Ernest Tubb, Roger Miller, some guy named Elvis and countless others over the years, beginning in 1957. 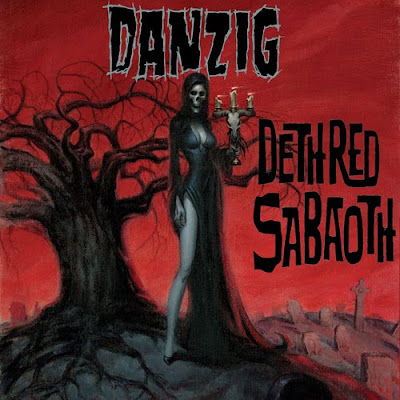 Danzig - Deth Red Sabaoth – It’s Danzig. It’s his best record in twenty years. It’s hard. It rocks. And it moves. What else do you need to know? Check out “Ju Ju Bone”. I suggest getting it from the Disc Exchange in Knoxville on Chapman Highway, where he stopped in to do so some shopping before his show in November at The Valarium. Get Disc Exchange’s Andrew or Courtney to tell you the story and show you the picture. 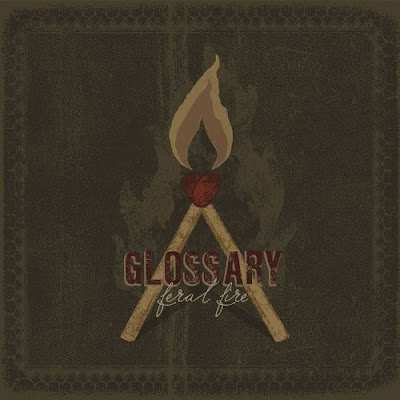 Glossary - Feral Fire – My favorite band from Middle Tennessee (Murfreesboro) that you’ve probably never heard of, but you should, and won’t be disappointed. This is their sixth full length. I would start at the beginning of their catalog and try to catch up quickly (www.glossary.us). Each record has progressed and the songs seem to write themselves now. They are all different enough to stand alone, but close enough that you know what you’re gonna get from Glossary…and you’re not disappointed, even after six albums. Plus, the co-ed vocal pairing of Joey and Kelly Kneiser can’t be beat, accompanied by some of the best steel pedal melodies and playing in “Your Heart to Haunt”. “Save Your Money for the Weekend” is a highlight, and is good advice, too, as Glossary seems to make it to Knoxville once or twice a year (when their steel pedal/guitarist/vocalist Todd Beene isn’t touring with Lucero), so be on the lookout. 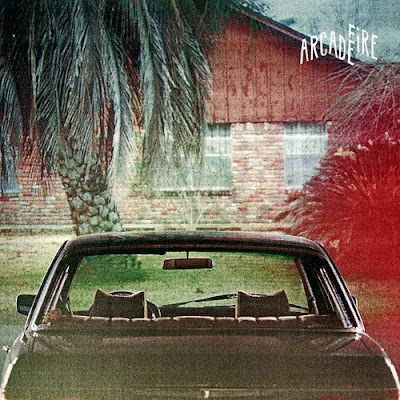 Arcade Fire - The Suburbs – I didn’t make it even halfway through this record before I knew it was something special…but you already knew that, and probably already have it in your collection. If not, you know what to do. 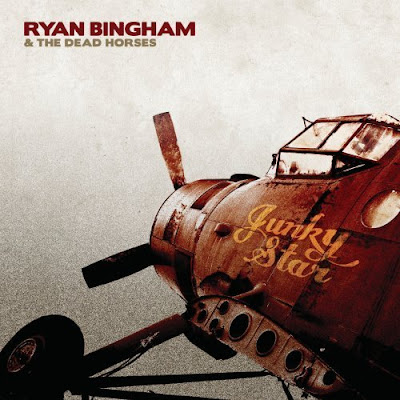 Ryan Bingham - Junky Star – The gruff and growl behind last year’s Crazy Heart soundtrack is a good lead up to this year’s Junky Star, his third full length album. Bingham picks up right where he left off with his experiences, knowledge and pain that are well beyond his mere 29 years of seemingly hard living. Bingham and his band The Dead Horses fluctuate between “Crazy Heart”-like ballads, Southwestern swing and jangly Texas shuffles that beg to be heard in person down in a dive somewhere deep in the heart of Texas. Put the record on, grab a six pack and sit back for an hour. 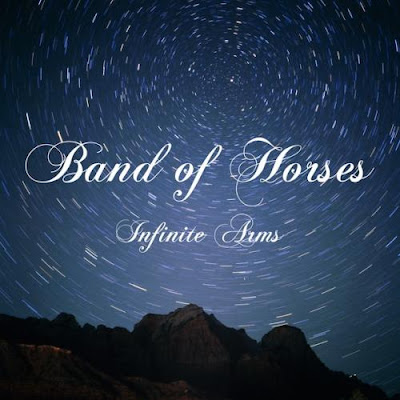 Band of Horses - Infinite Arms – Probably my favorite album of the year if I had to choose. Definitely the most played of this year’s collection. Head Horseman Ben Bridwell essentially assembled an entirely new band before recording this album. BoH kept their same character, texture and sound by keeping with the dreamy vocals and air-y guitars, but were able to keep it fresh with more ups and downs as well as their progression with more complex harmonies throughout the collection of songs. Infinite Arms is slightly more laid back than their first two outings, but is no less admirable and aurally pleasing. Try out “Laredo”, “Blue Beard”, “Older” and “Dilly”. 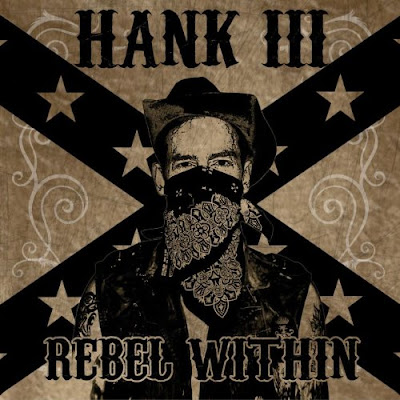 Hank III - Rebel Within – Shelton Hank Williams III is back with another honky tonk hell raiser. This time, though, he branches out into other directions of his own hillbilly and hellbilly genres with several slow ballads (“Gone But Not Forgotten” and “Karmageddon”) that showcase and highlight his songwriting and self reflection more so than his previous albums. Don’t worry hardcore fans- there’s plenty of honky tonkin’ with cuts like “Gettin’ Drunk & Fallin’ Down”, “Drinkin’ Over Momma” and a bit of East Tennessee folklore and legend with “Moonshiner’s Life”, a tribute to the late Popcorn Sutton. 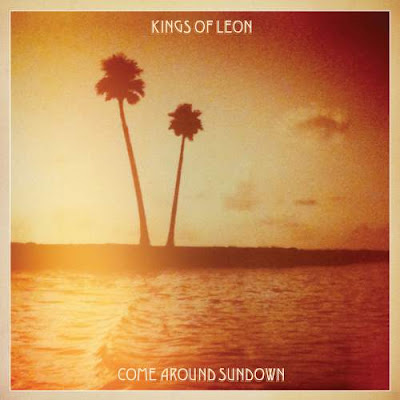 Kings of Leon - Come Around Sundown – I tried to not let this one in here, but it’s starting to get at me…I at least knew what I was getting myself into now with U2 Junior here, but there’s more to this album than 2008’s Only by the Night. The KOL took up residence in New York to record this collection and subsequently added instrumentation more indigenous to their upbringing in Oklahoma and Nashville. “Back Down South” offers a weepy country fiddle and more, a complete one-eighty from their huge atmospheric arena anthems of the last few years. “Mary” offers almost Beach Boys-like harmonies on the opening “haaaa-haaaaaaas” and has cries that are faintly reminiscent of old school doo-wop. Several of the other tracks could be fun pop/dance songs as well. Long story short- you know what you’re going to get with the Kings at this point if you’ve followed their transformation from early dirty garage rockers to their larger than life pretty boy sound now. If you like it, you do. If you don’t you don’t. I like this one more than the last…It’s still no Youth and Young Manhood in my opinion though.