2009 is here, and already a week is gone. The blogging vay-cay is over and I'm just now getting back into the swing of things. I had originally intended to have my Best Albums of 2008 set up to coincide with the 12 Days of Christmas, but like it did with many this year, Christmas snuck up quicker than ever, and was gone even faster.

And by "The Best", I mean the albums I liked the most and that I enjoyed listening to...these are not necessarily albums that will change the world.


But they will change your mood. 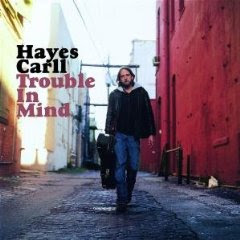 Hayes broke through this year with an album full of drinking, loving, losing and Jesus. You know, a good old country album, full of cliches and twang. But this is good, and Hayes has a sense of humor and doesn't take himself too seriously, especially in the novelty hit "She Left Me For Jesus", for which he won Americana Music Association Song of the Year. 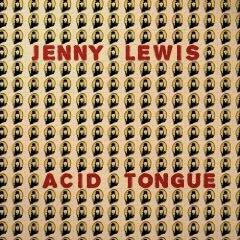 Jenny Lewis breaks from her gig with the Watson Twins and joins up with Elvis Costello , the Black Crowes' Chris Robinson and others to deliver an album mixed with her swingin' blues tunes, her sexy rockers and soulful tunes that can only be delivered as Jenny Lewis does. 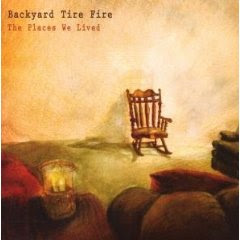 Backyard Tire Fire's '08 release should probably be higher on my list, but several of my previous favorite bands released stellar albums (which we will get to), and without being a fan boy (as if), I gotta go with the albums that I simply couldn't stop listening to. Backyard Tire Fire is up there, just not quite all the way. If you haven't heard this record, you definitely need to. It's got a little bit of everything on it that a rock record should, but don't take my word for it. Go get it. 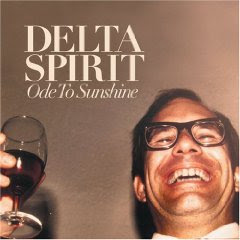 The Delta Spirit came out of nowhere this year with an outstanding record, complete with old-timey piano, a harmonica and trumpet, a marching band bass drum and a trashcan lid? How can this be? I don't know either, but it's damn good. Oh, and these white kids from Cali have more soul, and what I like to call 'the hurt', than I've heard in a long, long time. Fo' reals. Check out "People, Turn Around" if you don't believe me. If you haven't heard "Trashcan", do yourself a favor and buy it at least right now. The record is great, but their show is unbelievable. If you have a chance to see them live, do it (they are touring the South in February). It felt like a religious experience to me. I left the show feeling more uplifted, and emotionally exhausted, than I had in quite some time, especially from going to a show.

That, my friends, is what music and shows are all about.

I interviewed the multi-talented and multi-instrumentalist but primarily bass player Jon Jameson between their Knoxville and Nashville shows in the fall, and just before he spent a night in the pokey in Hudspeth County, Texas. Somehow though, with the craziness of Knoxville, and me, I haven't gotten around to cleaning it up and posting it. I should probably work on that.

Review previous Delta Spirit posts here. DS will be on Jimmy Kimmel on January 16, so set up those DVRs or put on a pot of coffee and be sure to catch them. 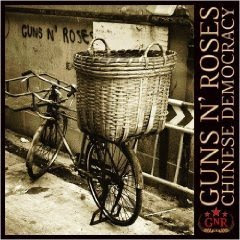 I can't help it. I didn't want to like it. I didn't at first. But I gave the Axl project one more listen. Upon doing this, I heard something that I didn't catch the first time, and it made me listen another time to see what else I missed. That led to another round, and then another, and another. The next thing I knew, I listened to the album straight through four or fives times, and kept it in the car cd player (no iPod for this guy...) for at least a week and a half straight. Seriously.

This was followed by me then knowing every song well enough to whistle the hooks and the choruses, and it just went downhill from there, fast. I tried. I really did. I didn't want to like it. I didn't like the single of "Chinese Democracy". But if one thing can be said, this is a creeper album. Probably the biggest creeper of all time.

I do know it's the most expensive creeper of all time, coming in at 17 years and $14 million+ (shew!). Whether it's worth the $14 mill that Axl dropped to make his Pet Sounds or not, it's a solid album. Yes, it's over produced, and waayyyy over the top, but who are we talking about here? Axl was never one to be shy, or content with "eh"-level entertainment. Old schoolers and hardcore GNR fans probably don't/won't/can't dig this album (out of principle, and 80's teased-hair pride if nothing else), but I was introduced to Guns in their bloated production, big sound and orchestrated Illusion albums era. Hey, I can't help my age, so that was the Guns I knew first. And this isn't GNR, but it is Axl. It is his masterpiece that he slaved away on for more than four times as long as the original band was even together. And for that I give him credit, and appreciate his dedication, precision and attention to too many details.

Just next time, don't call it a GNR album. Just list it as "Motherfucking Axl Rose" on the cover and call it even. 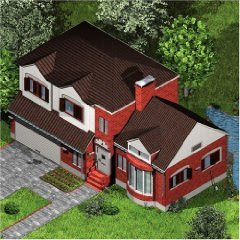 This was the biggest surprise to me in 2008. I like the Talking Heads as much as the next guy that thought the late 70's in NYC at CBGB's was probably the coolest place on Earth and that the 80's were awful. With that being said, I had never gotten into Byrne's solo and collaboration records spanning back all the way to his and Eno's first collab in '81. I tried with 2001's Look into the Eyeball and 2004's Grown Backwards. I tried. I couldn't. Maybe I was too young, or just didn't get it. There's a chance that I just might not have been cool and smart enough for it.

This record is different. I am all over this one. It's fantastic from start to finish. Of course it's quirky- it's David Byrne (and Eno). That's what makes it good, and why we love David Byrne. ETHWHT has several stand out tracks including my favorite "One Fine Day", as well as the title track, the lead single "Strange Overtones" (which is funky and fun), and "I Feel My Stuff". It didn't hurt that I was lucky enough to catch Byrne in concert in December, which really helped everything fall in place with this album. It makes sense on stage, and that's about the only way to explain it. Trust me. 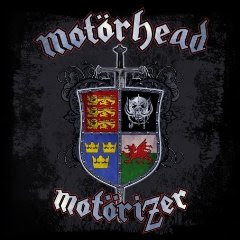 In all honesty, this is Motorhead's best album in 15 years. Maybe longer. It's just LOUD and BIG. Put it on, turn it up, and prepare to get fired up, and probably break something! This is automatic "I feel like a badass now" music. Listen to this in the morning before work. Or before school. Or before a job interview. Or before "business time". Or any other time you need a "pick me up". Just be careful: too much exposure may result in bleeding ear drums, bloody knuckles and fists and a soar throat from guttural singing/yelling.

My advice: Take one Lemmy and call me in the morning.

Motorhead was set to tour with Social Distortion on the MusInk Tour in early '09, but it has since been cancelled. Keep an eye out though for when Motorhead does eventually roll though your neck of the woods...you'll probably hear them coming.