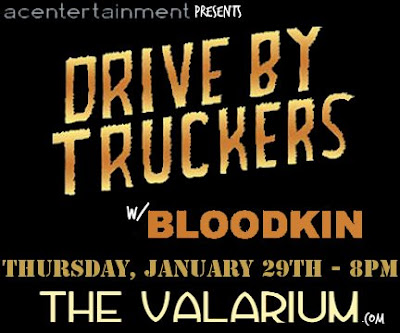 Tonight, oh yes, tonight! It's finally here. The Drive-By Truckers finally return to Knoxville after nearly a year and a half since Sundown in the City '07. This time, they are breaking in the Valarium, and bringing along their hometown buddies from Athens, Bloodkin. You do not want to miss this show, as it will be the show of the season!

The DBT are still on tour supporting 2008's Brighter Than Creation's Dark, before they release their new collaboration, Potato Hole, with Booker T. this April. Neil Young makes an appearance on the record too. Find out more about the album here.

Posted by Hollywood at 7:19 AM