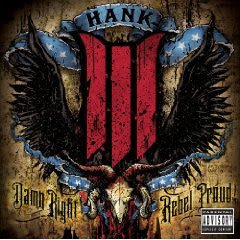 If you haven't heard Hank III yet, you are missing out...maybe. You will either love him or hate him. You can guess where I stand. Hank's blend of honky-tonk, country ballads, rock, punk and metal make for a very interesting, entertaining and unique brand of music. He looks and sounds like Grandpa and enjoys the night life and social activities like both his Pops' and Gramps' younger days, but plays music that both would say "Turn that down!". I say turn it up!

With songs like "Six Pack of Beer", "The Grand Ole Opry (Ain't So Grand Anymore)", "P.F.F.", Hank takes the listener on a wild midnight ride (with the headlights off) of drugs, sex, booze, fighting, and more drugs, all while still championing his grand-daddy's longstanding blacklisting at the Opry. You have to hear it to believe, and probably see it in person to understand it. 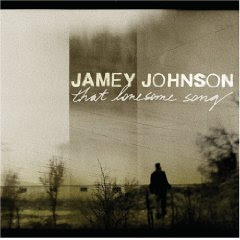 Jamey Johnson is not new to country music. He's been around for a while, but has never been a household name or really be on country radio (for a multitude of reasons...). He's written some of the biggest songs in country music of the last few years- I will not list them out because it hurts my argument here, but hey, you gotta get paid I say...especially these days. But this album is a welcomed return to actual country music that sounds like actual country music. Johnson's got loving, cheating and leaving, drugs and drinking, and a sense of humor...all sang with a smug smirk and a chip on his shoulder, as if he is daring Nashville to cross the line drawn on the ground by accepting him into Nashville's High Society and mixing him in with the slick sounds of today's country (or Pop, with a cowboy hat).

Johnson sounds like Waylon if Waylon was to come out today. He sings about substance abuse like Cash might do today. He tells tales of rowdiness like Paycheck use to and would still be doing today if he was still around. And he sings stories of love and loves lost like Possum is still singing to this day...all with a sound of his own... 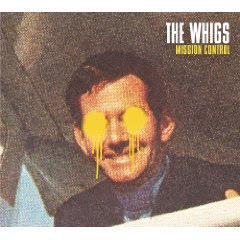 Athens, Georgia's The Whigs burst onto the scene in 2007 with their killer debut Give'em All a Big Fat Lip, and follow it up in 2008 with this knockout of a sophomore effort. This is a solid album all the way through from this trio. The Whigs have one of the biggest sounds coming from just three guys playing simple, but confusingly complicated riffs and rhythms from frontman Parker Gispert, with one of the best and heaviest rhythm sections going today with Tim Deaux on bass and Julian Durio on the skins. And you should hear their lyrics, too. 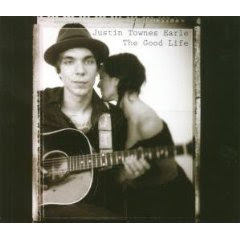 Simply the coolest sounding old-timey styled music going today. JTE stands front and center like a balladeer of the 30s, 40s and 50s, with original songs that sounds like they were indeed from the 30s, 40s and 50s. He's further away from his last name than he is from his middle name, and that is not a bad thing in the least. It actually works better for him, and he knows it. We don't need (or want) another Steve, but maybe a new age, or a modern student of Townes is what we all need just a bit more of in our music listening circles and patterns. Justin tells stories, an art that seems to be forgotten in modern music today. And he tells them with such confidence, experience and charm that we believe every word he sings and hang on each one as we wait for the next.

Seriously, pick up this album ASAP if you haven't heard it or do not already have it.

So I missed out on this record the first time through: Justin Vernon and company originally released this own their own in 2007. It was so good that Jagjaguwar picked it up and re-released it with bigger distribution and promotion behind it in 2008. And we are all glad that they did, for we might not have heard this somberly gorgeous and haunting piece of work. This album is on most everyone's top of/best of lists of '08, and for good reason.

I don't think that I have ever heard an album that is so mournful, or and makes me feel anxious and alone as this album does. Someone somewhere said that this album track by track isn't very good, excluding "Skinny Love", but as a whole, this album ebbs and flows up and down and weaves through Vernon's sorrow-tinged falsetto, sang so softly that he is barely audible at times, and then crashing back in as his heart (and mine) breaks with every word. 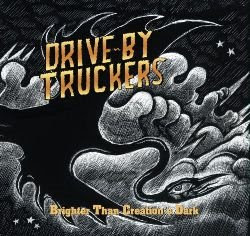 The Truckers' latest release did not impress me upon first listen. Or fifth listen. Or even tenth listen. I don't know what it was that finally grabbed ahold of me. I was honestly disappointed with the album when it came out. It was too laid back. Too pretty. Too much of a continuous piece of art that moved in and out of emotions and stories and humor and peril and paranoia. I guess it was too perfect for me.


BTCD is not the big rock album of the Truckers' past. It's not even a half rock/half soft album that has become one of their trademarks. This album is a stark contrast from 2006's A Blessing and a Curse, and rivals 2003's Decoration Day as the DBT's most beautiful album, and is absolutely a work of perfected art, with many mini-masterpieces within. Songs like "The Opening Act", "The Home Front" and "Monument Valley" showcase Patterson Hood's softer side and introspective lyrics, while "That Man I Shot" and "You and Your Crystal Meth" are the only really loud and raucous tunes on the album.


BTCD also debuts bassist Shonna Tucker's first lead vocal outings with three of her own tunes, which hold their own on the album which has historically been a "boy's club" as far as singing and songwriting goes. Check out "The Purgatory Line" to experience Ms. Tucker at her best.


Of course there are the Cooley songs, which never let the listener down. Cooley has really stepped up and written his songs from the inside out while looking back in on the soul of the songs' subjects. "Checkout Time in Vegas" is just a beautiful song. Patterson claims that "A Ghost to Most" is Cooley's best song that he's written. Patterson would know as they have been playing and writing together since the Eighties.


All in all, this record is a definite creeper. But it's a different kind of creeper than one that just has to grow on you as a listener. This one is a creeper because it is so deep, and so beautiful, that it just cannot be consumed without multiple listens. Five, ten, twenty times? Keep going. I am still listening to it, and hearing parts I have never heard before, and picking up things that one will not hear upon the initial listenings. If you tried this album, and gave up on it, try it again. Maybe a few more times. I'm glad I did. BTCD really deserves it, as this may be the best put together album of the Drive-By Truckers ten year career. It certainly is the most beautiful record that they have done.


I can't wait for what's next, because the Truckers just keep getting better and better, and continue to break new ground and push the boundaries to the next limit and more. Here's to 2009!

Posted by Hollywood at 8:02 AM