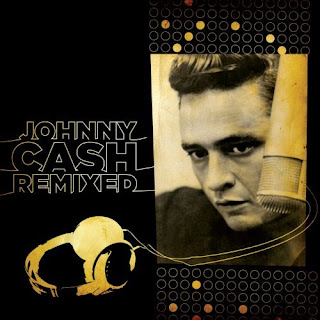 Yet, another Cash-tastrophe. Who is letting this happen? Do they realize that they are sullyin' up the Man In Black's name, music and legacy, as well as pissing off his fans that are more in favor of his, ahem, traditional and classic sound.

The only good, and I mean THE ONLY good, that can come from something like this, is that it might turn someone who has not been fortunate enough to know about Cash's music on to it. But between that Everlast travesty that SDB discussed, and now this mash-up/throw-up/fuck-up, it's starting to become a bad rash that is spreading like a "Ring of Fire".

You can preview/stream the album here, if you care, and are brave enough. According to the Johnny Cash Remixed site, the album comes out in January '09, but Amazon has it here beginning next week.