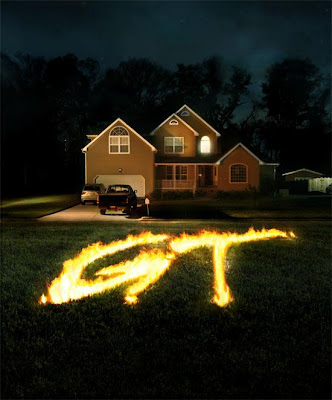 Girl Talk brings its samples, mash ups, remixes and thousands of blended jams to the Valarium tonight for the ultimate dance party slash iPod outta control, as if playing multiple tunes at the same time that you haven't heard in years that all somehow just seem to fall in place together...It must be magic. But it's really just Girl Talk.

Disclaimer: I am not a fan of sampling, well, I should say, over-sampling and over doing it. Nor am I a fan of remixes and mash-ups. It was cool in the 80s and early 90s before everyone was doing it on every rap, hip-hop, and R&B jam...but mostly before Sean Combs/Puff Daddy/Puffy/P Diddy/Diddy wore it out. But Girl Talk is a bit cooler than all of that; GT doesn't just take someone's old jams and hooks, and use the whole thing as the new song, and then lay stupid lyrics (and rhymes, yo!) on top of it. He actually doesn't even have the licensing rights to the songs either- he just does it.

Instead, GT uses ten to twenty samples (at least) to create a new tune. It will kinda blow your mind to hear some of the stuff that is mashed together and comes out they way it does. If nothing else, you might say, "Sheeewww, I haven't heard this song in forever...and what's it doing with Nirvana's Lithium?"

Like I said, I'm not a fan of sampling, or really most dance and hip-hop music, unless it's the good Dr. Dre...or the o' G's, Eazy-E's Ice Cube's and D.O.C's, the Snoop D-O-double-G's And a group that said muthafuck the police! But Girl Talk is fun, and if nothing else, makes you appreciate that someone has the imagination to mix the oddest group of unrelated songs, genres and generations together into one (or 20 beats) and somehow it seems to actually work. Who would have thought?
Posted by Hollywood at 9:19 AM