AC/DC on the "Rocks"

There is a God - Angus be thy name. 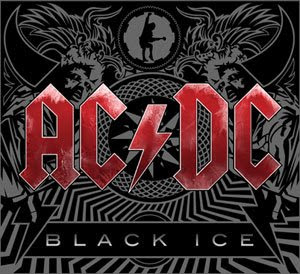 "Rock 'N' Roll Train," the album's first single, will debut on August 28th. The video will premiere in September. And the band is set to kick off its first world tour since 2001 in late October.

Black Ice will be sold in the U.S. exclusively at Wal-Mart and Sam's Club retail locations at the special price of $11.88. Online, the CD will be available with free standard shipping and handling at ACDC.com. It will also be sold at Walmart.com and Samsclub.com.

While you might not be able to wrap your fingers around Black Ice until October no matter where you buy it, you can pre-order it today directly from AC/DC at the band's on-line shop and at Walmart.com.

"Spoilin' for a Fight"

"Rocking All the Way"

Posted by Hollywood at 6:05 PM