As previously discussed here, Craig Brewer (of Black Snake Moan and Hustle & Flow fame) is filming a web-series called $5 Cover of some of Memphis' finest in and around the area at a few of the more cozier confines of M-town. Tonight is Lucero on their homefield turf at Young Avenue Deli. I suggest you be there. 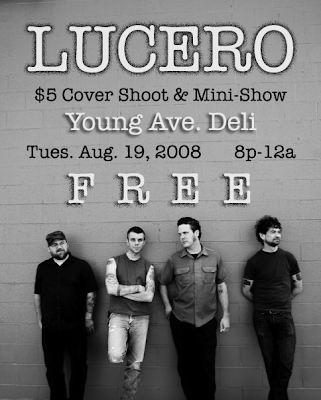 And contrary to the "$5" name, it's free, so just show up...and show up early! This will be a good'un. And most likely a rowdy one.


Here are the rest of the details:

Posted by Hollywood at 9:06 AM