The Kings of Leon have released another song off their upcoming album Only By the Night, due out September 23. Check out the KOL Myspace for "Sex on Fire". I like this track a lot more than "Crawl", but that's just me...and if "Sex on Fire" is anything like the rest of the album, it's sure to be a pretty hot hour or so worth of electric sex! 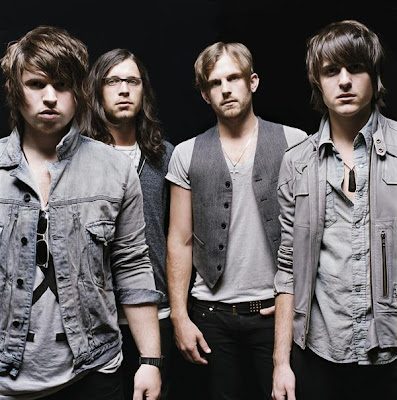 I have heard tales that there are apparently at least two other new tracks out there floating around too, so if you know where they are at, send us a note, link, messenger pigeon, smoke signal...or an email and let us know where to find them at. Thanks!
Posted by Hollywood at 11:24 AM

Labels: Kings of Leon, Only By The Night, Sex on Fire