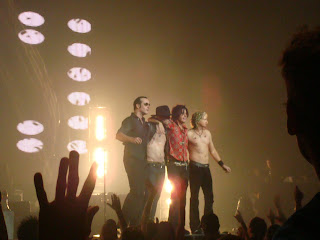 Last night the Stone Temple Pilots came through Nashville, their last stop for a week before several late summer festivals stops like Bumbershoot, and they did not disappoint...mostly.
While as I previously posted, I have been waiting over 15+ years to catch STP as STP, and not one of the handful of their respected side and solo projects. With that being said, and being that Weiland hasn't exactly had a smooth run of luck over the last decade with his troubles with substance abuse and domestic disputes, those in attendance could tell that he was kinda worn down. I don't believe that they cared...if they even noticed.
STP came out and in typical Weiland fashion, they opened the show with "Big Empty". I found this to be an interesting "opener" since it's not a machine-gun flurry of rock, but instead a slow and slinking, building and brooding screeching epic. After some sort of difficulties with Dean DeLeo's guitar in the opening seconds' slide lick, he recovered and it was all rock from there.
The Pilots played the hits: all the ones you expected to hear, and a few that you had forgotten about over the years and the handful of STP albums. The boys continued through hits like "Wicked Garden", slowed down, sleazier versions of "Big Bang Baby" and "Trippin' on a Hole in a Paper Heart", "Silvergun Superman", and of course their 90s radio staples "Creep", "Plush", "Interstate Love Song" and "Vaseline" just to name a few.
Surprises included an awkward version of Bob Marley's "Redemption Song" that seemed out of place honestly. After "Redemption Song", Dean started playing the opening bars to Deep Purple's "Smoke on the Water" after which Weiland quipped, "We'll get to Free Bird in a minute alright..." Also, during "Sex Type Thing", drummer Eric Kretz jumped off of his drum kit and ran off stage, only to be replaced by a man with shirt and tie. This gentleman was Tom Contreras, who played in Robert and Dean DeLeo's first band back in New Jersey, Robert explained.
Weiland still likes to ramble a bit between songs, covering everything from recording the album Purple in Atlanta, to riding around on Sunset Strip as a driver for models, as well as pimping out labelmate Tommy Joe Wilson and his upcoming album, who apparently opened the show (we weren't there just yet). If you aren't familiar with Tommy Joe Wilson, don't worry- I wasn't either. You can check him out here, but I will warn you now: he isn't STP, or even solo Weiland, so be forewarned.
All in all, it was a good show. The die-hards might say it was great, but I'm sticking with that it was a good show. I'll go as far as to say that is was a solid show. They played most of the songs I wanted to hear, but all the ones I expected to hear. Between Weiland's ramblings, his sometimes off-key barkings and his lounge-act vibrato and falsetto howlings, he sounded very hoarse and strained from all the years taking their toll. Those mixed with a few muffled lines and possibly reversed verses of some of the more tongue-twisted tunes, kept this show from being in the great category. The band was tight, as if they hadn't taken a 5+ year break. In the end, I am glad that I finally got to see them, especially since I couldn't drive a car yet during their heyday.
Check out a few pics and a video from the show that I took (could Robert be any more cooler in his all black suit, sunglasses and his signature grip on his bass?) and the setlist from the show, as best as I could record it with all the ramblings, extended intros and classic rock riff teases:
Big Empty
Wicked Garden
Big Bang Baby (slowed down version)
Silvergun Superman
Vaseline
Lounge Fly
Lady Picture Show
Sour Girl (w/ Nashville songwriters comments)
Creep (w/ Sunset Strip story intro)
Redemption Song (w/ Smoke on the Water intro at end)
Crackerman
Plush
Interstate Love Song
Too Cool Queenie
Down
Sex Type Thing (w/ Tom Contreras on drums)
Sin
---------encore---------
Dead and Bloated
Trippin' on a Hole in a Paper Heart (slower version) 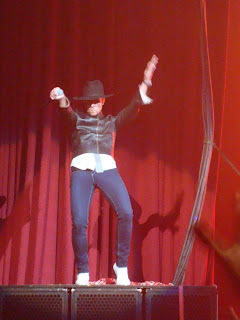 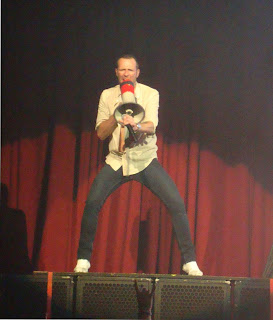 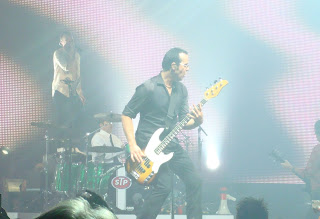 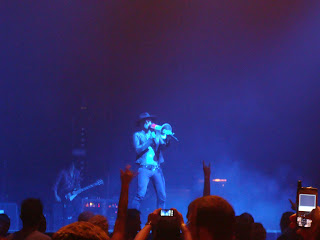 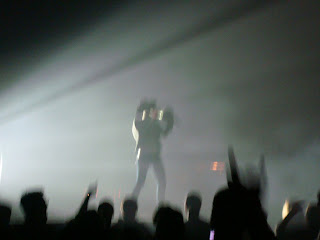 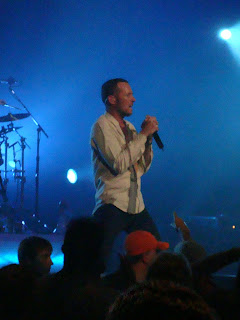 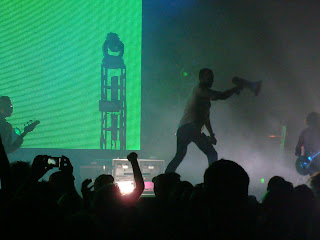 Check out other peoples' videos from the show here.

And yes they both looked and sounded awesome. I had a blast at this gig!

Hey... good recount of the concert. I thought they did an amazing job for not having toured in 8 years.

One thing though... you're missing Too Cool Queenie from your set list. It was somewhere in the later half of the set list, but I can't remember exactly where it was.

TCQ was right after Interstate Love Song. (i got a setlist)

Corrections have been made... everybody makes a mistake now and then...good catch.